With just 9 games left of the regular season, the race for promotion and relegation in the Championship is set to reach an exciting climax.  Newcastle lead the pack at the top of the league, whilst bar Rotherham, 22 points adrift at the bottom, there are 7 teams all danger of falling into the other 2 relegation spots relegation.  Focusing on the promotion run in, here is a short summary of all the top 7 and my predictions for the end of the season.

Season so far: Having made £53 million from selling Moussa Sissoko and Georginio Winjaldum to Tottenham and Liverpool respectively in the summer, Newcastle invested heavily, bringing in big money signings such as Matt Ritchie from Bournemouth for £12 million, someone who racked up 4 goals and 6 assists in the Premier League last season.  Fuelled by Dwight Gayle’s 21 league goals and the league’s second best defence, conceding just 32 goals in 37 games, and with a top class manager in Rafa Benitez, it has been an unsurprisingly dominant season for the ‘Toon’.

Prediction: 1st – Despite the weekend’s setback with a 3-1 home loss to Fulham, along with 5 of their 8 losses being at St James Park, the next 3 fixtures of Birmingham, Wigan and Burton, with the latter 2 at home should put them in good stead to win the league. The quality and depth of their squad will surely show through and despite Brighton breathing down their necks, a return to the Premier League, with plenty of momentum, is inevitable.

Season so far: Having effectively lost 2 all-or-nothing games last year, losing out to Middlesbrough for automatic promotion on goal difference, before losing to Sheffield Wednesday in the play-off semi-finals, they are back up there again this season.  Like Middlesbrough before them, they have flirted with promotion for the past few years, having reached the play-offs in 3 of the last 4 seasons.  With the best defence in the league, supported through a strong spine of David Stockdale in goal, Lewis Dunk in defence, Steve Sidwell and Oliver Norwood in midfield, the creativity of Anthony Knockaert complemented with Glen Murray’s 18 goals up front, they are a strong outfit.

Prediction: 2nd – Having recovered from a double-defeat to Newcastle and Nottingham Forest within the same week, following a massive game against Leeds this Saturday, they have a relatively easy run in where Brighton fans would expect to take enough points to secure promotion.  If they do drop down into the play-offs, they would hope to be able to use past experiences to their advantage and make it a fourth-time lucky scenario, but with 9 games to go, they are in a very strong position to make next season their first in the Premier League.

Season so far: The surprise promotion candidates of the season, David Wagner’s Huddersfield have been nothing short of magnificent this season.  Having finished 19th last season, nobody expected them to be in the position they are, even after their strong start to the season that saw them top until mid-October.  Another very well organised side, with some superb acquisitions throughout the summer.  They have utilised the loan market extremely well with Danny Ward in goal from Liverpool, Aaron Mooy from Manchester City and Elias Kachunga, a real fans favourite, all on season-long loans all whom have been superb with Kachunga topping the clubs goal scoring charts with 11 goals.  Signing Izzy Brown from Chelsea in January was a revelation too and has helped ensure that they continue to stay at the right-end of the table.

Prediction: 3rd – promoted through the play-offs – Their game in hand on the 25th April against Wolves is crucial as it could really ramp up the pressure on Brighton and Newcastle above them.  They have 5 home and away games each left and with far superior home form, scoring 7 more and conceding 7 fewer goals at home compared to away, if they are to challenge the top 2 it is imperative that they improve this away form.  It seems that Brighton and Newcastle might have too much but I think that Huddersfield would be favourites to get promoted through the play-offs due to their strong squad, with plenty of defensive and attacking options.

Season so far: ‘It would be great to have Leeds back in the Premier League’ is a sentence you often hear amongst football discussions at Leeds Uni and it looks a real possibility this year.  Automatic promotion probably not, but a play-off campaign is looking very likely.  There has finally been some stability for Leeds, with Gary Monk becoming the longest serving manager under Massimo Cellino.  Success has been reliant upon Chris Wood’s 22 goals, the top scorer in the Championship but it has been a real team effort, with Pablo Hernandez providing a real creative spark whilst fans favourite Pontus Jansson (and his magic hat) and ex-England Robert Green solidifying their defence

Prediction: 4th – Reward for a very good season.  A mixed fixture list facing some teams right at the bottom and at the top, this Saturday’s televised game against Brighton is a big one with Fulham ramping up pressure on those in the play-off spots.  However, the defeat to Huddersfield means it will be tough to catch them but with their fantastic home form and providing Wood stays injury free, they will have every chance in the play-offs. 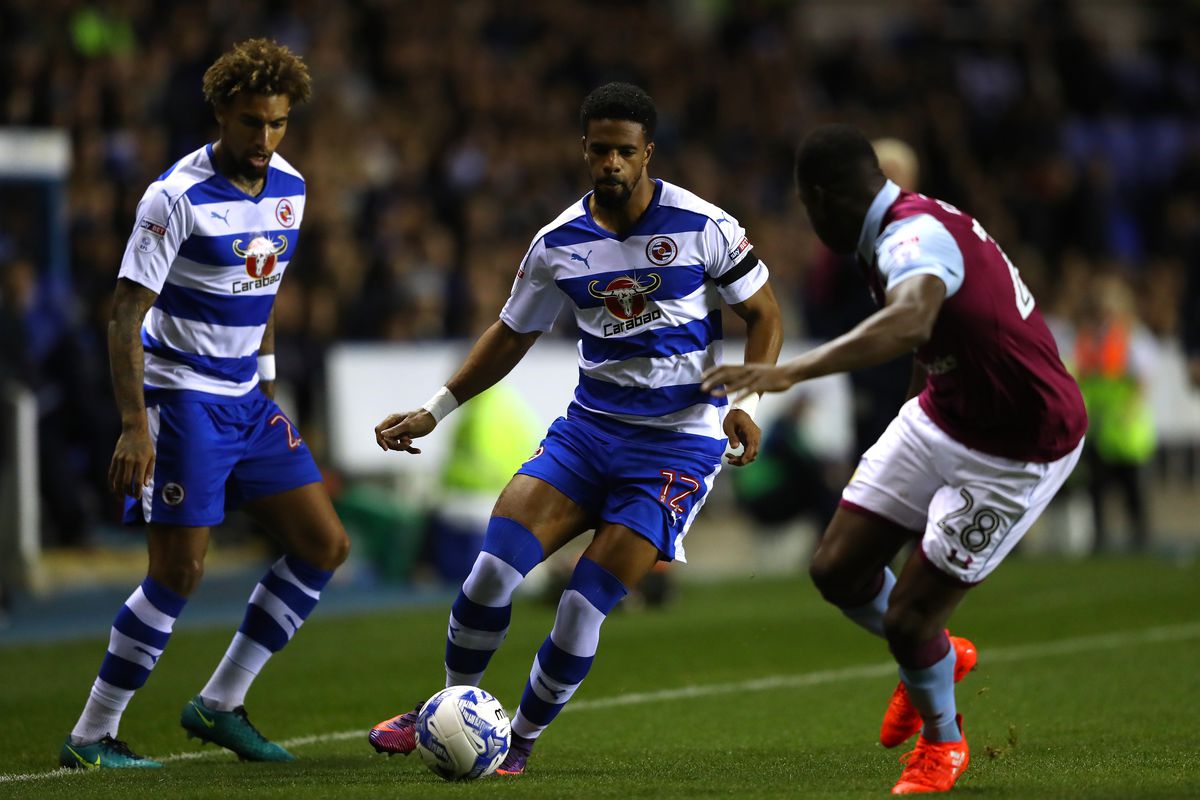 Season so far: Having finished 17th last year, the appointment of former Manchester United defender Jaap Stam has taken Reading to another level.  Known for playing a possession-based style of football, which has at times frustrating the home crowd at the Madejski, Gareth McCleary has been key for them with 7 assists and 8 goals this year.  Ali Al-Habsi and long-serving Chris Gunter (who has recently passed 200 Reading appearances) have both been ever present, appearing in every league game this season.  However, Reading have the worst defensive record of all their top 6 rivals, conceding 47 goals, and whilst home form has been great, they have suffered 9 losses away from the Madejski and conceded 35 goals in 18 games on the road.

Prediction: 7th – Unfortunately I think if anyone is to drop out of the current top 6 it will be Reading.  They have only won twice in the league since January so they aren’t the in-form team at the moment.  Similarly, with their poor away record, they have some very tough away fixtures starting on Friday night against Sheffield Wednesday which could cost them their place in the top 6.  An improvement on last season nonetheless.

Season so far: Having lost in the play-off final last year to Hull, Sheffield Wednesday had a strong base to progress from this season.  Similar to Reading, they have been very strong at home but struggled away, scoring 65% of their goals at home.  However, they have plenty of attacking talent with Gary Hooper and Fernando Forestieri, along with the January acquisitions of Sam Winnall and Jordan Rhodes.  With last year’s experience too, one would expect them to be better equipped in this year’s play-offs and be able to use this to their advantage.

Prediction: 5th – A relatively easy run-in, with a lot of mid-table teams squeezed between Reading on Friday night and Fulham in the last game, which could be a straight shootout for the play offs.  There are worries about the extent of Forestieri’s knee injury but the strong spine of the ever-present Kieran Westwood, Tom Lees, Barry Bannan and Ross Wallace along with their large goal threat should mean that they have enough to reach the play offs for the second successive season.

Season so far: There is always that one team that makes a late dash towards the play-offs, and especially with the strength of the current top 6, it is testament to Fulham what they have done in recent weeks.  Under the wily and experienced Slaviša Jokanović, they have played some real attacking football this season, being the second highest scorers in the league with 65 goals, 18 more than play off rivals Huddersfield which demonstrates how good an achievement this is.  16 year-old Ryan Sessegnon has contributed to the feel-good factor about Fulham, but players such as Tom Cairney with 9 goals and 9 assists have been indispensable for the club.  Jokanović recent new deal until 2019 only increases the optimism amongst Fulham fans about what could be an exciting few years ahead.

Prediction: 6th – Fulham’s 3-1 win in front of 51,903 at St James Park lay down a marker that Fulham are genuine contenders for promotion this season.  Fulham too have a relatively easy-run in with the showdown with Sheffield Wednesday at Hillsborough perhaps being a season-defining match.  With only 1 defeat in 10, winning 6 games and drawing 3, Fulham are genuine contenders for promotion and hence I have predicted for them to replace Reading in the current top 6!

These are 7 teams that have all had very good seasons.  Testament to their success has been the fact that the top 7 have sort of cut themselves from the rest of the league and in my predictions there is not much changing of positions.   It is normally the case teams going down towards mid-table still have a strong chance of making the play-offs at this stage but not this season.  Whoever misses out will be very unlucky in what is a very strong Championship, but all would be welcome additions in the Premier League next season.