Beautifully executed and brilliantly gruesome, Daredevil season 3 picks up the pieces from both its second series and the aftermath of The Defenders to gift us with a personal best for the show and as the flagship for the Netflix/Marvel franchise.

It felt far more packed with adrenaline and had higher stakes than season 1 but was able to be maintained in a way that didn’t lose focus like the second half of season 2. The subplots all complimented the main storyline rather than veering off in different directions to flag up other narratives (which admittedly was necessary to set up the debut for The Punisher), and thus landed us with a well-round season that (with a nod to Fisk himself) tied up most loose ends.

It was a clever touch how Matt Murdoch never worse his suit all season. It likened back to his origins in season one, but unlike that agonising aspect of having to keep his partners-in-crime Foggy and Karen in the dark, it was more satisfying to see how he was still connected to the two in their own ways. In fact, the fragmented trio felt more compelling to watch as we saw them two at a time on screen – Matt and Foggy then Foggy and Karen and then Karen and Matt etc. – so that when our beloved firm finally came together in the penultimate episode of the series, it was both a highly emotive reunion and an effective means to build excitement as we rallied with them into the final stage of the story.

The range of characterisation this season must be applauded, as we were treated to exploring different angles to the characters we already love as well as being indulged with new faces as well. Agent Rahul ‘Ray’ Nadeem was a favourite to watch; his attempt to clean up crime in Hell’s Kitchen and support his family via trying to control Fisk was irritable at first, but his noble attempt to recover from this and stick to his guns as an honourable FBI agent was incredibly commendable. It only made what eventually happens to him more shocking and therefore rueful, but the fact that the show decided to follow through with this execution of a character with so much potential is what Daredevil to be a truly ambitious bit of television.

Sister Maggie was another gem that added a rich sense of pathos to the season, not only given how (SPOILERS) it is revealed that she is Matt’s mother, but also given the way the show used her to examine post-partum depression. Having such a sensitive subject mixed in with the congealed ethics of religion proved incredibly compelling, especially given how Matt’s decision to leave the safety of the Church after he realises the truth allowed for the particularly excruciating scene of Maggie crying over his empty bed. It was almost as if her child had died again, the portrayal by Joanne Whalley being so beautifully harrowing that it would be criminal to think she won’t be back for season 4.

As for Fisk, he proved a far more terrifying figure and a far worthier adversary than before, and what perhaps makes him worse is how much more noticeable it is to find him so believable. You know he’s lying, and yet you always find yourself so close to empathising; his rhetorical prowess being so convincing that he may have evoked the respect of Pericles himself. This is perhaps what makes him so fascinating to watch, as it’s not Fisk’s physical strength that makes him so dangerous (as fight scenes involving Fisk are actually when he’s at his least interesting) but rather the extent of his formidable influence through temporality and hear-say. He has the effect of a particularly vengeful Ovidian God; looking for the woman he loves and not caring for the consequences as the innocents fall like flies around him. As Hermione Granger rightly states, ‘fear of the name only increases the fear of the thing itself’; and we find this season that that’s exactly what ‘Kingpin’ does. 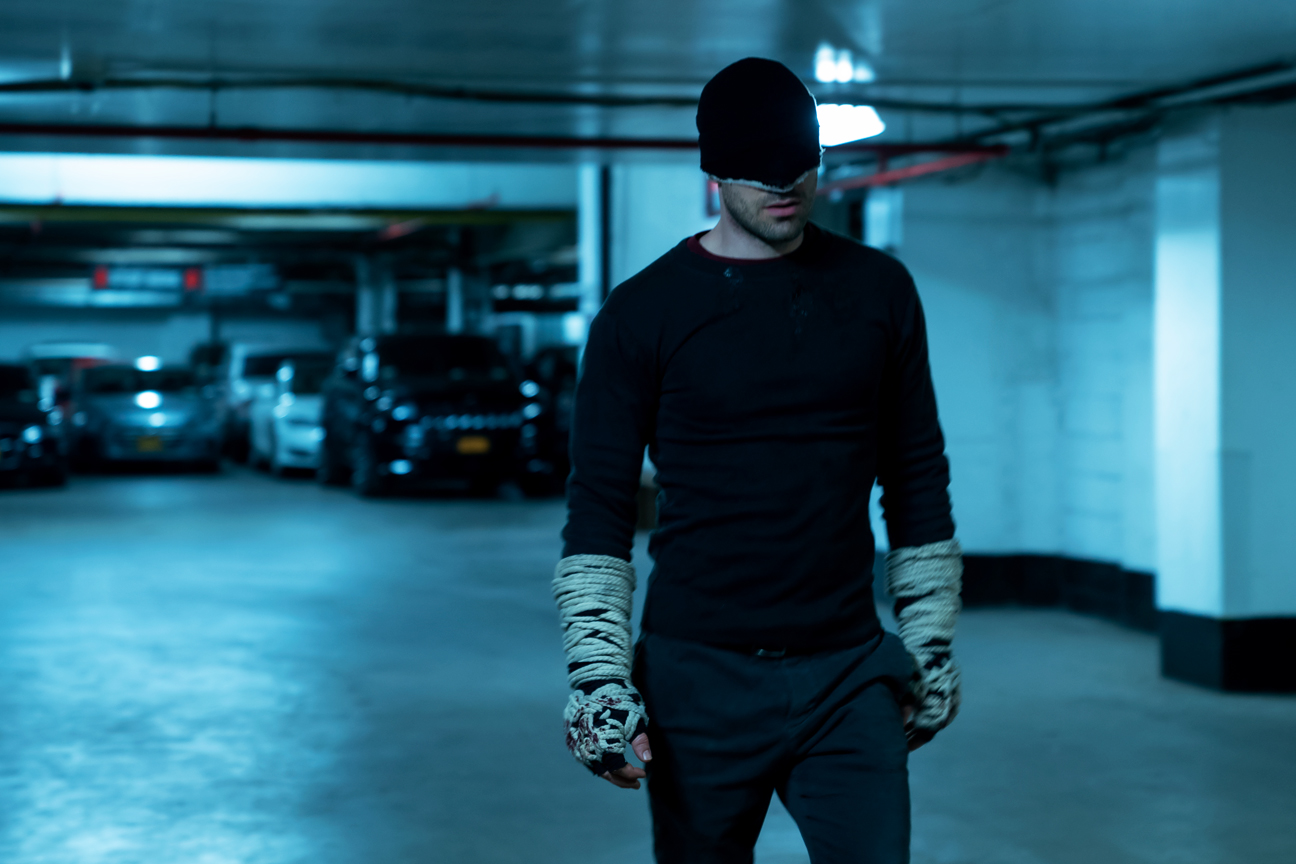 It was probably due to the riveting execution of the action sequences that I couldn’t have stopped watching if I had wanted to. From the massacre at the Church even to the small-scale gunfight at Nadeem’s own house, each conflict had its own depth that made it hard-pressed to say that anything that transpired could be described as boring. The red and black colour scheme of the Church shooting was magnificently morbid, especially since the end of this episode may have held a particularly exciting Easter egg in the form of Karen cradling Matt’s injured body in front of the crucifix. It seemed uncannily reminiscent of how (SPOILER), in the comics, Matt holds Karen’s body in just the same way (the same place even?) after she is killed by arch-nemesis Bullseye. Considering how pre-Bullseye alias Benjamin Poindexter survives the end of this series, it wouldn’t be too farfetched to suggest that this flip of iconography may be a tragic of portent of what awaits Karen in seasons to come. The last image of the christening of ‘Nelson, Murdoch and Page’ may therefore only be a short-lived taste of happiness before Bullseye is finally brought to fruition, and yet despite the awareness of this likely heartbreak, the next instalment of Daredevil cannot come around soon enough.