We’ve heard it all before, the ‘reduce, reuse, and recycle’ campaign often plays like a stuck record in our minds. We might think we’ve nailed the whole recycling thing, but in reality it’s far from under control. In the UK, every person throws away their body weight in waste almost every 7 weeks while 80 million food and drinks cans are sent to landfill every single day. National Recycling Week probably isn’t in your calendar yet, but it should be! Monday 12th to Sunday 18th November 2018 is a week of raising awareness on all things recycling. 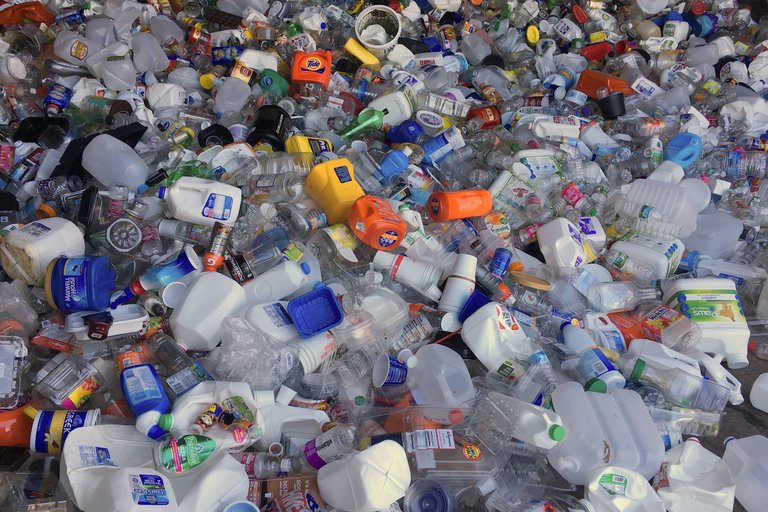 Research has shown that when faced with a recycling dilemma, only a third of us Brits will take the time to check if it’s recyclable. It’s worth noting that plastic bags and plastic straws can’t be recycled, but plenty of reusable ones are available. Sadly, kitchen foil, wrapping paper, and used kitchen rolls are all no-nos. Also, many people don’t know that if a plastic container is not thoroughly washed it cannot be recycled and has to be thrown away. Cleanliness is key.

Glass, plastics, and cardboards should be engrained in your mind as belonging in the green bin. But there’s more that can be recycled than we may think. Old CDs, used tights, empty makeup containers, and nappies all make the cut – even porcelain toilets, if you happen to have a spare one lying around. ReCycle now have a few handy hints on what you can recycle from around the home.

More and more products now come with recycling labels. Check the label and #SpotTheSwoosh to find out if it can be recycled. Here's what to look for: https://t.co/iWKOmZjEsB
—#wedo #recyclenow #recycling #recycle #sustainableliving #uk #greatbritiain #recyclinglabels

Well, progress is being made. In December 2017, 193 countries committed to a UN proposal to stop waste getting into our oceans. An international taskforce would be formed to try and limit ‘planet plastic’. However, it is not compulsory and there is no set deadline to work to.

Maybe we can take a leaf out of Germany’s book; they recycle more than any other country in the world. The key is good government investing in recycling initiatives, making recycling as easy as possible for residents to get involved with and offering financial incentives. I have used and raved about the German Pfand system before – you insert clean empty plastic or glass bottles into the Pfand machines where they are collected and recycled, and in return, you receive money off your grocery shopping. More money for bratwurst? They’ve got their priorities in order.

Italy, home to good food and good ideas, has started charging for waste. If you do not separate your general rubbish from your recycling, you could end up with a fine of over 600 euros. Extreme, but no doubt effective.

Canada has launched a pilot scheme to tackle one of the most littered items in the world, cigarette butts. Bins will be placed around the city of Vancouver, and recycled into items such as plastic palettes. Canada is no stranger to the world of reusing and recycling – tires are used in playgrounds and mixed with asphalt for road resurfacing. Inventive.

Leeds: a lost cause?

We seem to be doing the very opposite in the UK. For example, in Leeds, many students may wonder why they don’t even have recycling bins, and upon research, they discover these bins cost £15 to order from the city council. No student I know will divert the beer fund to a bin fund. The reason behind this ‘opt-in’ scheme is frustrating. The council decided recycling bins were not being used correctly and were polluted with non-recyclable rubbish which was costly to sort. Much to the disappointment of any environmentally-conscious students living in Leeds, recycling bins were removed in many areas. A great step backwards and both cost and convenience have been removed from the recycling process. Petition to bring back the bins? I’d sign today.

Inspired by others or outraged by waste? Either way, take a look at Treehuggers top tips for improving your recycling.