If you don’t know about this series, you should.

This horror infused phenomenon is a Netflix original and maintains the outstanding reputation most series’ allow Netflix to uphold.  From jump scares to intense psychological tests, this show has it all. It constantly keeps you guessing and wondering where the plot is going and how the characters are going to get there. One of the most interesting directorial decisions is the execution of a series instead of a “typical” horror movie. Because although it perpetuates conventional horror aspects like uncomfortable silences and unexpected dramatic music, it manages to engage the audience by concluding each episode with a new dilemma, forcing you to “accidentally” leave Netflix running onto the next episode.

‘The Haunting of Hill House’ was first released on the 12th of October this year and was an instant hit. The appropriate decision to release the series right around the time of Halloween was not only tactful but even more invigorating.

The series begins by setting the scene with an idyllic family residing within the house itself. As the audience, you learn of the strange happenings and how that, in turn, destroys the family. The first episode introduces the final night the family stayed in the house and unexplained events that lead to their downfall. With each episode, you learn about each child individually and their involvement with the supernatural forces, revealing more about the family’s darkest night. 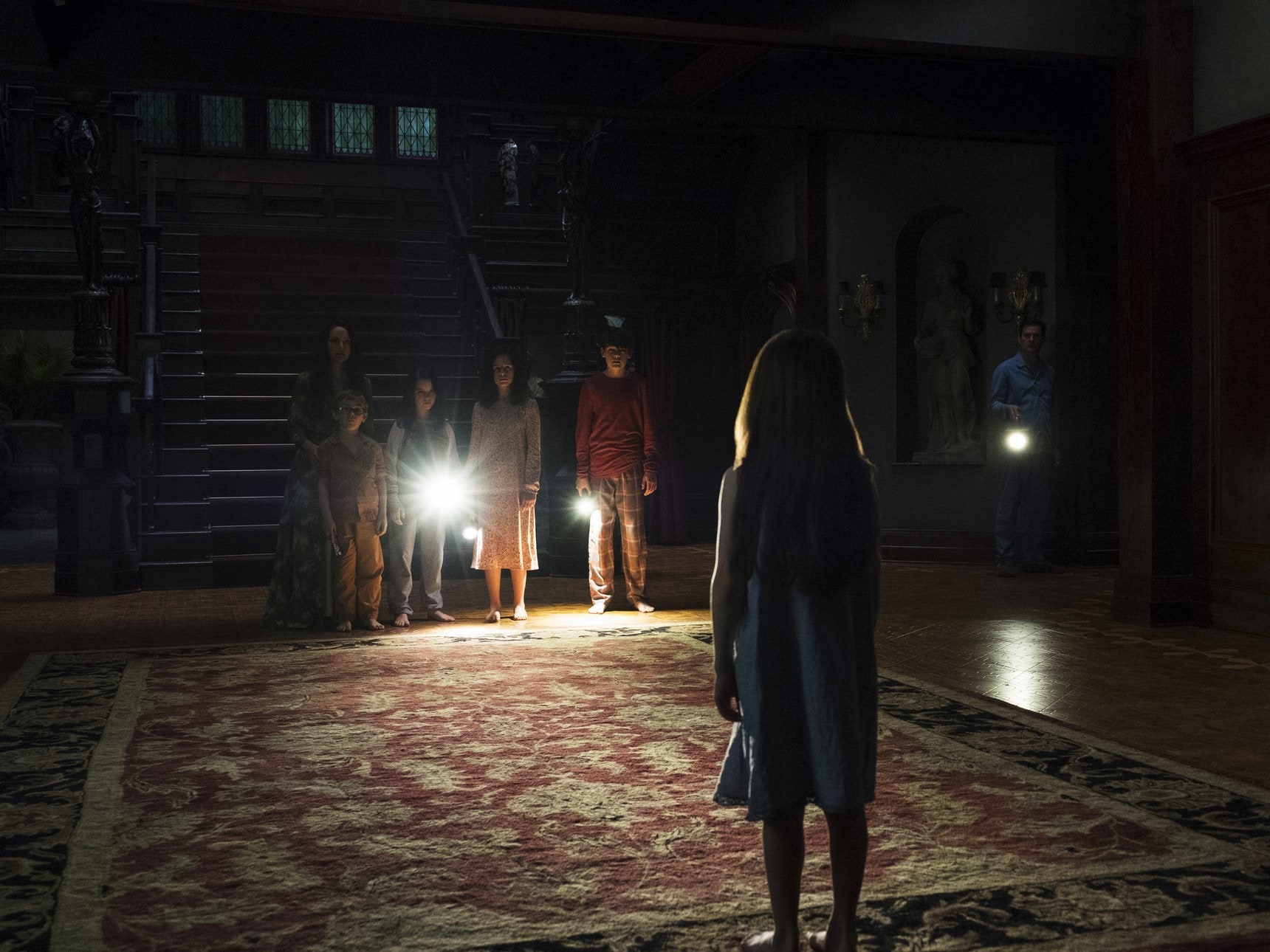 The editorial aspect of this series implements a huge amount of terror as it is unpredictable but also irrevocably smooth. For example, the camera could zoom in on a child picking up a glass of water in ‘Hill House’ and then on the outward zoom the whole setting has transformed to them picking up a glass of water in present day. These transitions make their childhood and adulthood appear seamless and prove that their prepubescent insecurities about the house, jury their adult life.

For anyone that enjoys a real thrill whilst still being made to contemplate their own reality, this series is ideal. So if you fancy a scare before bed and want to make your dressing gown hanging up in the middle of the night seem more than a fluffy surprise, watch this now.