In a summer rife with unplanned quarantine music by artists such as Charlie XCX and OneRepublic, no one was expecting to hear from Taylor Swift. The queen of carefully planned easter eggs, Swift has a reputation for teasing her releases months before they come out, making fans analyse every punctuation mark for clues. So when she announced her eighth studio album, folklore, with less than 24 hours notice, fans were understandably shocked. However, we had had notice – rumours had been flying round a music forum ‘pulsemusic’, where an anonymous user (dismissed as attention seeking) posted the definitions for both ‘folklore’ and ‘cardigan’, the name of the lead single, saying that this would be Taylor’s ‘special moment’. 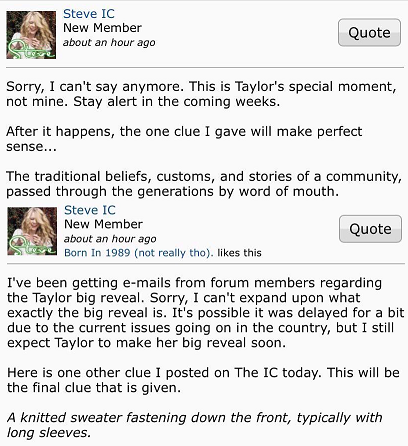 Described as “a collection of songs and stories that flowed like a stream of consciousness”, folklore like the title suggests tells various stories, from Rebekah ‘Betty’ Harkness whose holiday home Swift now owns on ‘the last great american dynasty’ to a classic breakup anthem ‘the 1’ as the album opener. Working with frequent collaborator Jack Antonoff alongside The National’s Aaron Dessner (and even a mystery songwriter who fans theorise is Swift’s longtime beau Joe Alwyn), it’s on track 4 ‘exile’ with indie-folk legends Bon Iver where Taylor shines. Dominating the genre with ease, it seems that from the dropping of traditions like the track 5 ‘tearjerker’ to the lack of expensive promotion, we’re watching the metamorphosis of an already great artist as she comes into her own, releasing a record that for many fans, has been a long time coming.

Lead single ‘cardigan’ is by far one of her best choices in her career, a wistful, sensual tune that sets the tone for the whole record. Alluding to the beginning of her relationship with Alwyn, at a time when her public image was taking near-daily hits, ‘cardigan’ is a simple but impactful song with deep-cut lyrics like ‘you drew scars around my scars’ that mark Taylor’s romanticised way of looking at the world no matter the genre. Accompanied by a self-directed music video, at the end of which Swift credits her team for their dedication to safety in the Covid pandemic, we’re thrown right in the deep end of the folklore era, a sepia-toned mystical performance that encapsulates the recent cottage-core trends we’ve seen glimpses of before in 2012’s Red.

But don’t be fooled thinking that this is a repeat performance of a previous album. folklore is Taylor Swift turned up to the max, a more mature, refined storyteller than her younger days. A record many would struggle to make even in the days of a 2-year album cycle, this is proof that Swift is one of the greatest song-writers of all time. Moving away from her previous theme of writing about her own often tumultuous love life is a daring move, but one that ultimately pays off. With the success of ‘Death By A Thousand Cuts’ from her last album Lover, it was only a matter of time before Swift proved her skills to even her fiercest critics, breaking away from the stereotype that she can only write about her relationships in magnificent fashion. So is this Taylor Swift’s ‘special moment’ after all? Absolutely. Musically, folklore may not be her best album, but it is by far the most important. It is not an understatement to say that this is a career-defining moment, when America’s former sweetheart finally stops making music for others and instead writes, well, whatever she wants.