Ever since the refugee crisis started in 2015, some opinions towards refugees in Europe have turned sour. In recent years, there has been a steady flow of refugees from multiple conflict areas- and a steady opposition to letting them enter Europe. In the UK, one of cited reasons for Brexit has  been the intake of refugees that the EU coordinated. It is clear that this topic creates strong  divisions between people, with news sources picking up stories of smugglers, deportations and  deaths in the English Channel. But who are the people arriving to the UK to seek refuge and how  do they end up here?

According to the UNHCR UK, around 35,000 asylum applications were received in the UK from  March 2019 to March 2020. This number has stayed relatively stable throughout recent years with  no radical changes, and amounts to less than most large European countries. Around half of these  applications are accepted initially, according to the recent report by Home Office. Many refugees  come from Iran, Syria, Sudan, Eritrea and Libya, escaping on-going conflicts in the Middle East and Africa. Some are so desperate they’re willing to risk their lives crossing the English Channel as  the recent case of a drowned Sudanese youth washed ashore in France has shown. However, the  conflicts that drive people to these dangerous journeys have received little interest in the press.

Most refugees and asylum seekers come from countries with on-going armed conflicts, escaping  the daily violence and unrest that comes with them. In Syria and Iraq, the war has gone on for  years, causing infrastructure to collapse, safety to deteriorate to nothing and people to flee en  masse. In Iraq, the war that started with the Western invasion against Saddam Hussein’s  government continues as a constant battle for power between the Islamic State of Iraq and the  Levant, and the Iraqi armed forces. Western troops have been reintroduced into the area after the  2011 withdrawal, and the intervention has mostly been led by the US and the UK. This conflict extends to Syria, where a civil war with multiple belligerents broke out in 2011 in the aftermath of  the 2011 Arab Spring protests. With decades of unrest in the areas and with multiple armed insurgent and extremist groups controlling part of the Middle East region, the situation is costly and hopeless for the civilian population. In addition to military action that causes collateral damage, civilians in both countries have been subject to horrid human rights violations and war crimes,  such as mass rape and executions. In total, over 6 million refugees have fled the two countries and  an even bigger number are displaced internally. The effects of continuous war  and unrest have spilled over and have long affected the area as a whole. Current emergency in Yemen and tensions in the Persian Gulf area have proven that. 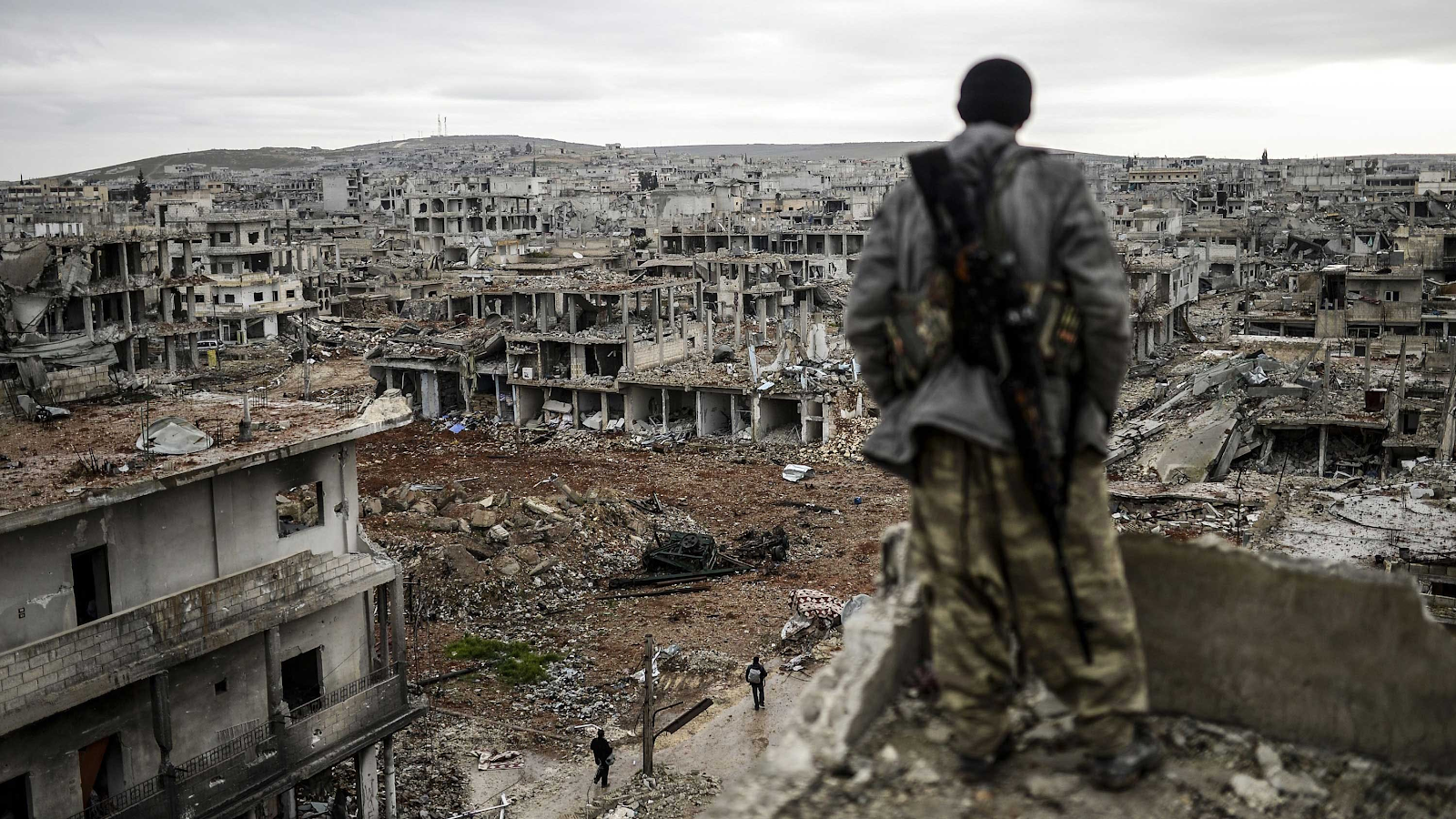 In addition to the Middle East, many African states have on-going armed conflicts and unrest, causing humanitarian crises and widespread displacement of people. In South Sudan, the aftermath of the Second Sudanese Civil War that resulted in the independence of South Sudan,  and the brutal civil war that broke out in 2013, South Sudan has seen four million people being  displaced and over two million fleeing the country. The situation has thrown the whole region into despair with widespread hunger, natural catastrophes and diseases spreading havoc in the refugee population that consist mainly of women and children. With human rights violations, like  sexual violence, ethnic cleansing and the use of child soldiers, being frequent in the area, the situation is far from being solved anytime soon. Even international aid workers and peacekeepers  have been targeted by violent attacks as international pressure increases. Right next to Sudan, in  the Central African Republic (CAR), the on-going transition to peace since 2016 has been disrupted by increasing violence and widespread poverty and humanitarian suffering. The overlapping refugee crises and violence in the neighbouring countries are affecting one another,  and lack of funding from the international community hits hardest with the affected civilian populations. The inhumane conditions are driving people towards desperate measures.

The economy of smugglers

First and foremost, the illegal flow of people into Europe is caused by the desperation of the people  that decide to flee their homes and even their continents. However, those benefiting from the  journey are more often the smugglers that facilitate the journeys rather than the suffering people  themselves. The annual profit made by migrant smugglers worldwide has been estimated to be in the billions, according to the European Commission. These are the people that are making poor, suffering people pay thousands for a journey that, for most, will be either fatal or full of similar human rights violations as the places they’ve left behind. While most attention has been given to  the illegal refugee boats transporting people in the Mediterranean and the harsh treatment of  refugees and aid workers alike, many other borders to Europe are plagued with unnecessary  violence and unlawful practises. In Croatia’s border, there are allegations of ‘systematic and organised  violence and pushbacks’. Lack of investigations over alleged human  rights violations enables the situation to continue. Thus many who survive the journey the  smugglers send the on are met with ever-increasing mistreatment.

Not even reaching Europe can guarantee humane treatment or freedom from the smuggling  industry. Those that attempt to reach the UK are often put on boats on French beaches and left to  fend for themselves on the treacherous journey through the English Channel. With the British  government, under Boris Johnson, seeking to deport and return even more asylum seekers, the treatment of these people can be harsh and unforgiving.

Many are not granted a chance to apply  for asylum in the UK at all but instead removed back to Europe immediately. In the face of the  coronavirus pandemic, NGO’s have warned that this could be a huge risk to public safety as well  as undermine refugee protection initiatives. It has become clear that the refugee ‘crisis’ will not be  solved by turning people away and hoping for the best, which is exactly what Europe has been  doing ever since the inflow of refugees grew in 2015. 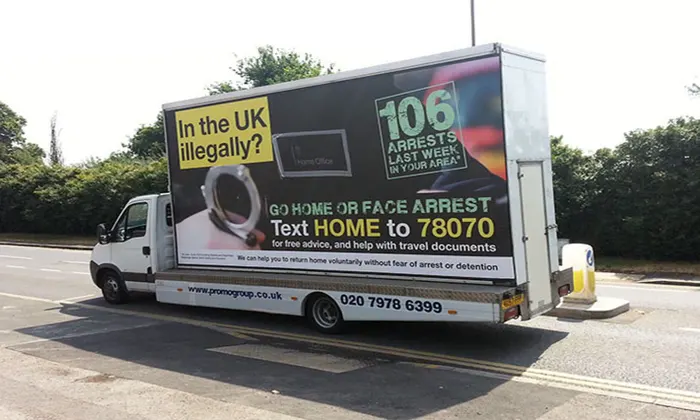 It becomes evident that the constantly increasing amount of violence and need for humanitarian  aid in certain regions will have to be solved before the refugee situation in Europe has any chance  of changing. With Western countries like the US and the UK having their part in the conflicts in the  Middle East and the disinterest the Western world seems to show towards the situation in Africa, it  is increasingly hypocritical to complain about the flow of refugees to European countries. Initiatives  to control smuggling and the movement of illegal refugees are unlikely to take much effect until the  amount of displaced people is radically lower. Because no industry will die if there is demand for it.  No matter how easy it is to close our eyes and pretend that the refugee ‘crisis’ is something we can  solve merely in Europe, it simply will not produce any of the outcomes that are wanted and needed. These current measures will only add to the suffering of the already undermined people  and heighten the political divides we see in both Europe and the homes of these refugees. With almost 85% of all refugees residing in developing countries- mostly neighbours to the conflict  areas- there is a massive group of people that has the ability to start moving. It is time we not only  hold European governments responsible for the refugees but the conflicts that are causing them to  flee and arrive in Europe. It’s time to recognise we are not above or faultless in the desperation of  these people, and offer our help instead of our hate.