The students arriving in Leeds for their first year of university have faced cancelled exams, gap years stuck at home and uncertainty about whether they would even be able to move to the city. It’s long been expected that their first week of university would be different, but the ‘rule of six’, a 10 pm closing time for pubs, bars and restaurants, as well as the continued closure of nightclubs, meant that this year’s Freshers’ Week was unrecognisable, with nearly all events taking place online. The Gryphon asks first-year students what virtual Freshers’ Week was like and how they are feeling as the term begins.

The Student Union hosted a series of online events throughout Freshers’ Week, with interactive cooking classes, a virtual escape room and a digital freshers’ fair among those on offer. Events were also organised for students living in university-owned accommodation, with a welcome mixer, yoga classes, and a residence-wide quiz all available. There were also a limited number of events on campus, including an outdoor cinema which was run in collaboration with Hyde Park Picture House, though the focus of the week was firmly online.

The uptake of the online events, however, seems to have been small. Rosaleen Sheehan, 19, a Psychology student, said she wasn’t interested in them. “I don’t think anyone’s thinking I want to go back into my room and go to an online party” and Daniel Marchegiani, 18, a Computer Science and Maths student, said he didn’t know anyone who had taken part. “On the [Facebook event page] it says one person is going and it’s just the administrator who’s hosting the event”. Odette Dierkx, 18, a Graphic Design student, was one of the few who did participate. She joined a meeting organised by the art society and although she would have found it “easier speaking in person”, Dierkx says she was grateful for the opportunity to meet people outside her flat. 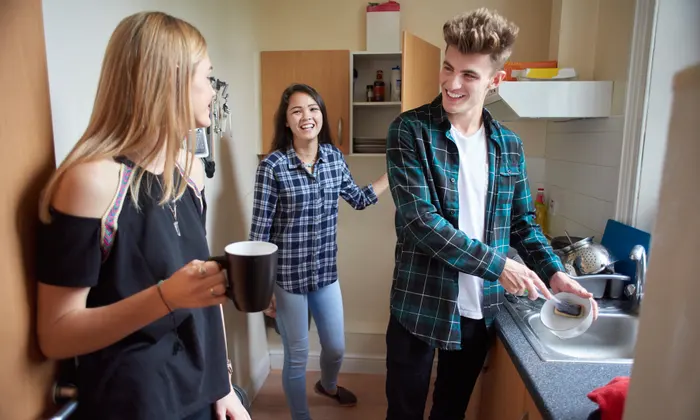 Sheehan lives in a house on campus with 15 other students, though some of the rooms are still empty. The ‘rule of six’ had made going out as a group awkward. Her house was forced to split into smaller groups, and even then they struggled to get into pubs and bars in the city as many were at full capacity.

A ban on students visiting other households, which was initially a university policy, but became the law following the tightening of restrictions locally, has made for a difficult conversation in some flats. Alexandra Giesbrecht, 20, a Philosophy, Psychology and Scientific Thought student, said that some of the people she lived with wanted to invite guests over but the flat “discussed it and decided against it”. Another student, who asked to remain anonymous, said he felt like he was living “in a prison” as one of his flatmates had said that they would report anyone in the house who breaks the rules to the university. 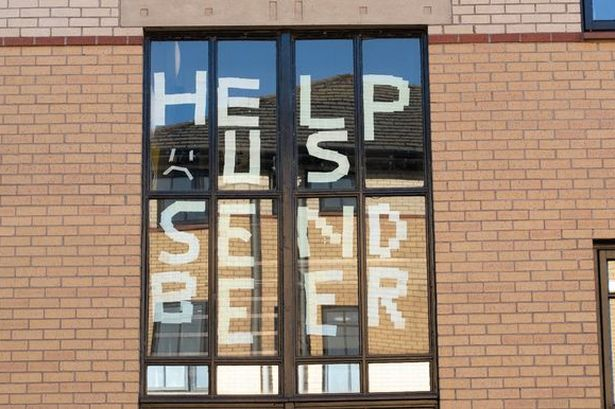 In an email sent to students last week, the university said: “whilst living in university accommodation you are required to comply with social or physical distancing and other guidance aimed at preventing the spread of Covid-19”. “Please don’t invite visitors or overnight guests into your room or into the household that you share with flatmates because if you do, that will put others at risk of infection and we won’t be able to ignore your actions.” Fines of up to £100 are being imposed for every breach of the rules, with repeat offenders at risk of being evicted from their accommodation or expelled.

Ava Heeney, 18, an English Literature student, said she was fined £50 for not practising social distancing outside her accommodation. “We weren’t expecting it. We didn’t get a warning […] they just surrounded us and said we are taking your details”.

After major outbreaks of Covid-19 were reported by universities in Scotland (where the academic year started earlier than English institutions) and following a statement by the University and College Union which expressed concerns about the safety of staff and students on campus , the university announced on the 25th September that planned face-to-face teaching for courses where students don’t have to be on campus would now take place online. The Vice-Chancellor said in an email to students that they will get more “online teaching than you might have expected even a few weeks ago”.

The prospect of indefinite online teaching worries Sheehan. “I really don’t do well online. I learn best being in the same room and talking with my teacher. It’s not my cup of tea”. Marchegiani was also concerned about whether he would cope with an entirely online schedule but thought that the quality of teaching would still be high. Jasper Rowell, 18, a Robotics and Electronics student said he preferred online teaching. “It’s easier […] I can stay at home and eat whatever I want”.

The Student Union has advised students who may be worried about the change to speak with their school or academic personal tutor if they need support with their studies, or to use the union’s help and support service (https://www.luu.org.uk/help-support/) if they are struggling with other aspects of university life. The university also offers free, professional and confidential counselling sessions.

All of the students I spoke to said that although they thought Freshers’ Week was necessary, they didn’t think the lack of a proper Freshers’ Week experience would affect them. Dierkx was confident that “there’s going to be more time to meet people and form friendships later”.