Everyone’s getting on your nerves. You feel highly irritated if someone dares to ask you a question, and you can’t stop spontaneously crying. Even a picture of a blobfish has the potential to tip you slightly over the edge. You pop a few paracetamols, after dashing to the toilet to check if anything exciting has happened “down there”, because the squeezing feeling in your tummy is becoming harder to ignore. People ask if you’re okay, and you might nod or even have the bravery to mutter “ah it’s just that time of the month”, as you wonder nervously if people realise the rustling in your pocket isn’t actually a tissue, but a sanitary pad.

Why does this feel uncomfortable to write about, maybe even to read? ‘Period’ shouldn’t be a dirty word, and yet I still feel a sense of embarrassment or even shame writing this. Why does it also feel like the topic is unnecessary; many people get their periods every month, it isn’t exactly an impressive feat. So why not do as we’ve always done, and just “get on with it”?

A study by Wateraid in 2018 shows that 1 in 8 women did not know about periods until they started them, and 17% believed you couldn’t get pregnant during menstruation. A third felt uncomfortable discussing periods at all. If we don’t talk about it, misinformation (or even no information) is inevitable, with significant consequences to follow. 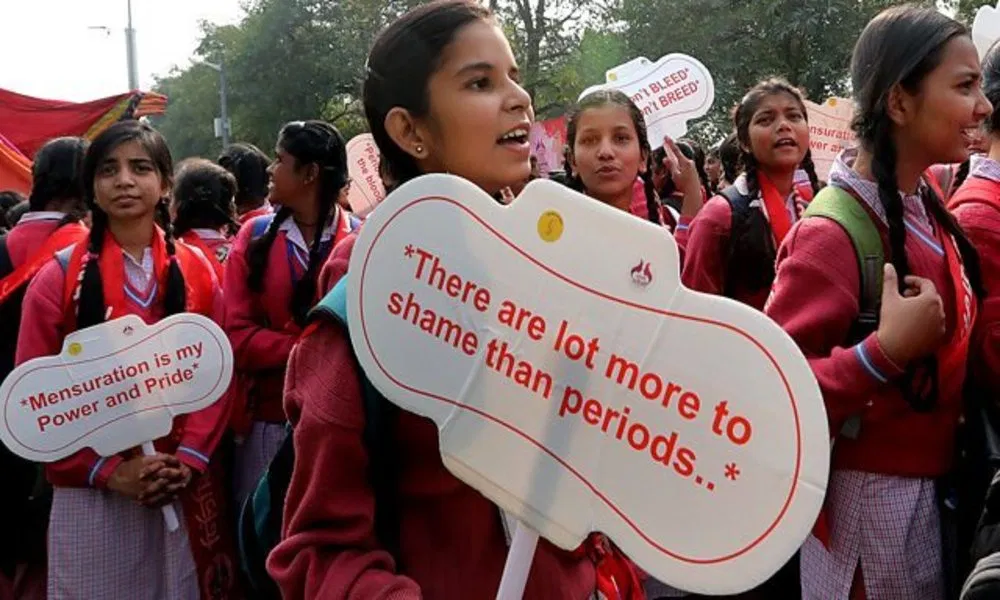 You might have heard of period poverty – search the Gryphon and any other news archives if you haven’t because lockdown has made the problem worse. According to the BBC, the average person will spend approximately £1603.41 on sanitary items up until the age of menopause, of which roughly £164.55 is tax because, obviously, having a foreign object inside you or a piece of cotton in your knickers to stop yourself from bleeding all over your clothes is a luxury. Obviously.

Before lockdown, Plan International carried out research that showed that 1 in 10 girls could not afford sanitary products, with 54% using toilet paper as a sanitary measure. However since COVID, charities such as Freedom4Girls (based in Leeds) have stated that they have had to distribute nearly four times the amount of sanitary products to people who cannot afford them. When periods are seen as taboo, this has the effect of putting women on the backbench. Not surprising, seeing as there are only 34% of women in the House of Commons.

Having a period won’t only affect you economically but also physically. However, the physical side of a period is seldom talked about. Painful periods aren’t always sorted by taking a couple of paracetamol or even lying down with a hot water bottle. Some experience pain so bad that it results in vomiting, fainting and sometimes even an ambulance.

Many conditions can cause this type of pain. Endometriosis is a condition where tissue that is very similar to the lining of the womb grows outside of the uterus. After a while, this can result in tissue scarring, sometimes causing anatomical distortion. This often results in severe period pain, pain during and after sex, pain when going to the toilet during your period in addition to digestive issues. Some people (but not all) can also have heavy periods and difficulties getting pregnant. In the UK, 1 in 10 women suffer from this, and it is the second most common gynaecological issue. However, as it shares symptoms with other conditions such as sexually transmitted diseases (for example, if you have pain after or during sex you will be asked to take a chlamydia test), and because it is also quite a lengthy process to get diagnosed (think: MRIs, ultrasounds, and various transvaginal investigations etc.), it takes the average woman 7.5 years from the start of symptoms to get a diagnosis. 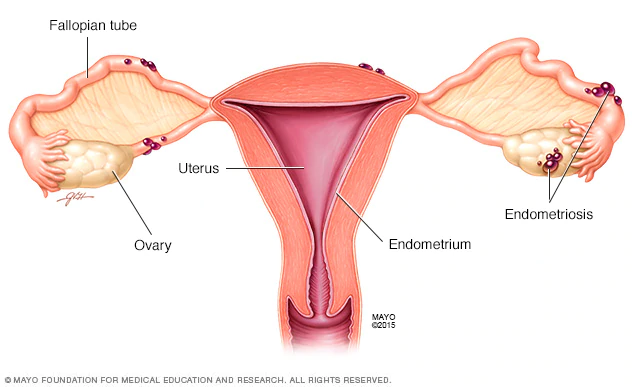 Fibroids (non-cancerous growths within the uterus) can also cause significant pain and issues during periods. A lesser-known (even the main NHS site doesn’t have an information page for this) condition is adenomyosis, which is where the uterine lining grows in conjunction with the muscle of the womb, therefore resulting in some similar symptoms to endometriosis. Whilst this is more likely to affect older women; reportedly, it is becoming more increasingly diagnosed in younger women. Although, like endometriosis it is quite tricky to diagnose – not solely due to the actual diagnostic process, but also due to the condition presenting at varying levels of severity, thus making it hard to nail a diagnosis down. Another condition that can affect periods is polycystic ovary syndrome (PCOS), which can, amongst other symptoms, make periods irregular or non- existent due to an increase in certain hormones in addition to enlarged ovaries surrounded by sacs filled with fluid. Symptoms are most likely to become apparent from ages twenty upwards, although more than half of women with PCOS do not actually have any symptoms.

Things can become more serious emotionally too. Aside from premenstrual syndrome (PMS) -which actually shouldn’t be “set aside” as over 90% of women report PMS symptoms that routinely affect their everyday life including headaches, fatigue and mood swings – there is also premenstrual dysphoric disorder (PMDD). PMDD is essentially a very severe form of PMS -although this description can sometimes be used to belittle its severity. It includes symptoms such as extreme mood swings, anxious thoughts, depressive feelings (including suicidal feelings), alongside an array of unpleasant physical symptoms, and occurs in conjunction with your menstrual cycle. Both can last between one or two weeks – before, during or sometimes shortly after your period.

If any of these symptoms sound familiar (whether you are a woman or a vagina owner), and are affecting your everyday life, then please don’t suffer alone. Many sites advise making a diary and listing your symptoms to work out if there is a pattern to start with. For something so common, and with so many potential complications, no one should ever advise you to “just get on with it”. Talk to other people – they might even have a similar experience to you.

Some people have even found consolation through forums such as Leedsfess. https://m.facebook.com/story.php?story_fbid=176104190538136&id=108036424011580.The veil of anonymity can offer comfort on heavily stigmatised matters such as this.

Luckily not all people have such severe problems with their periods, but we need to start perceiving periods less as taboo and more as something worthy of regular discussion. When we do perceive it in this way, we get results; not just support for the people who struggle with the conditions listed above (which is in no way an exclusive list), but also the end of the so-called tampon tax in the UK, which is finally scheduled to end in 2021.