In light of BLM activism ongoing, a new discourse has opened up over the names of buildings, as part of a more general institution-wide endeavour to tackle systemic racism. In this shifting narrative over our past, we are asked to pause and reflect upon our heritage. How should we adapt the name(s) of affected buildings to raise awareness of race, and to promote the inclusion of the BAME community?

Naming a building is a political process, it can raise awareness of a figure or a movement and sustain public debate. In Leeds last year for Black History Month, the university decided to rename many of the figures surrounding the campus. The Conference Auditorium, for example, became the Dianne Abbott auditorium, and the Brotherton Library was temporarily renamed the Blackman Library (after Malorie Blackman, Children’s Laureate 2013-15). But who was actually aware of this? Even though it only happened last year, the legacy seems to have been forgotten. The University Union was named after a Leeds alumnus, taking the name of the decolonial theorist Melz Dot. These are all important black figures of our time, but as to exactly why these figures were chosen, we were given little explanation.

More recently, the University of Edinburgh has chosen to rename its prestigious David Hume building. The decision was made over Hume’s racial views, notable where Hume had voiced his suspicion that negroes were a “naturally inferior” race. As Martyn McLaughlin opines in the Scotsman however, Edinburgh is a university that has marketed itself as the home of Hume and (Adam) Smith, teaching philosophy since 1583. Not helping the discussion here is that a right-wing journal has suggested the building is being renamed after George Floyd, reflecting how these decisions can add to the divisive culture war narrative that has been fomented in the past six months. As McLaughlin argues, the issue at stake is the lack of participation in the process, where – what feels like -bureaucratic managerialism is being used instead of a participatory, intellectually-sound process. That Edinburgh’s own academics are railing against it doesn’t suggest this name change has been a success.

Of renaming more generally however, where others berate the seemingly exhausting process of renaming, instead calling for change in the inequities of the system, one might ask – why can’t we do both? Renaming in and of itself is not a bad thing. The heritage of a campus building is meaningful, these buildings and the way we understand its history can be formative to a student’s experience. Moreover, the actual process of renaming is rooted in grassroots traditions (the David Hume building started with this petition), whereas the process of levelling inequities- i.e. encouraging intake of BAME students- regards the faculty and can therefore feel beyond our control. Disturbing statistics of BAME professors and BAME students within the University of Leeds previously raised by The Gryphon show that the University clearly has a lot of work to do – BAME representation is not where it should be. 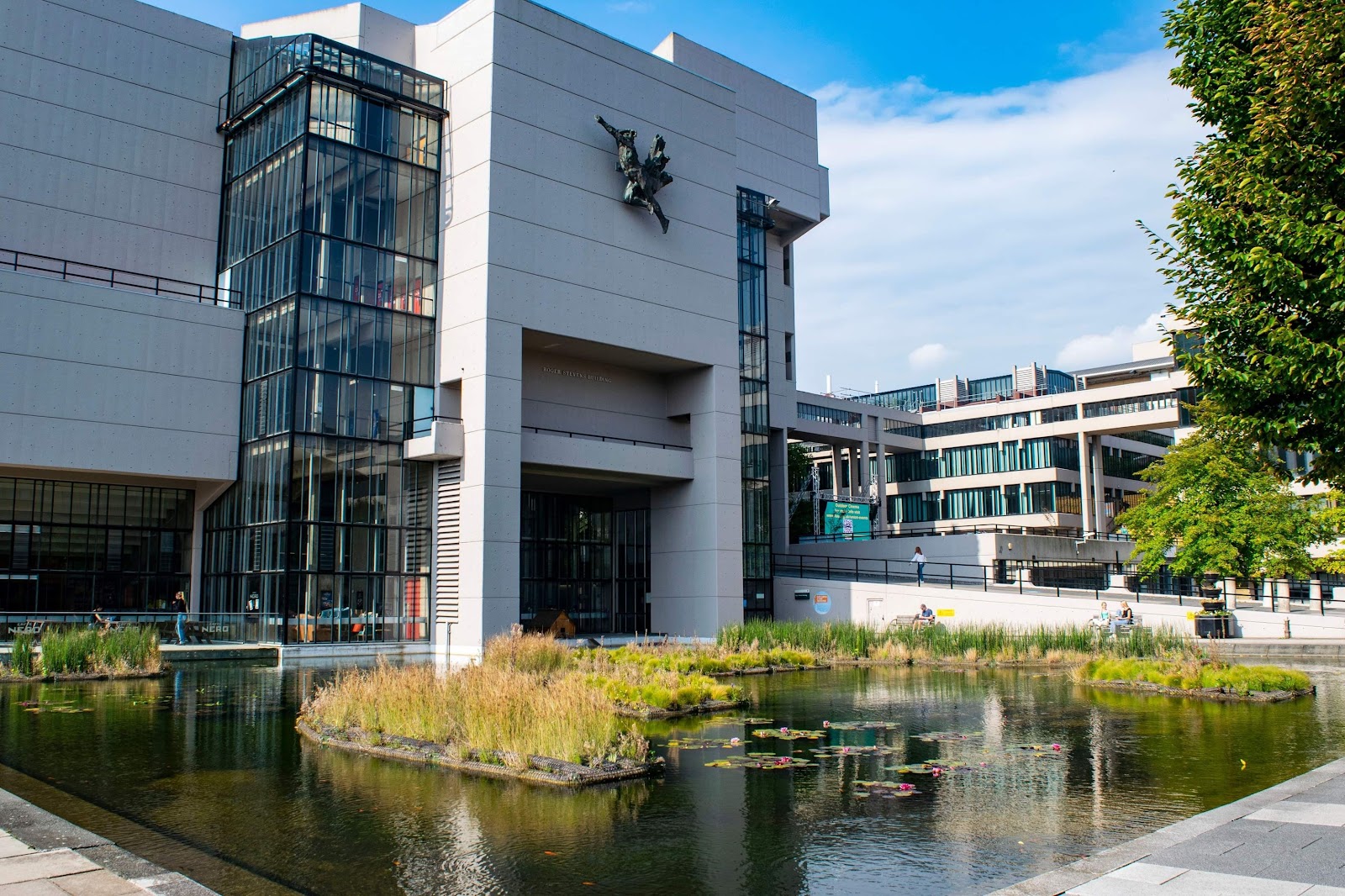 Thinking more upon this subject, I came across Yale student Dasia Moore’s detailed account in The Nation of the process the University underwent in changing the namesake of a college from John C. Calhoun to Grace Murray Hopper. Moore wrote of a college dealing with its history, speaking of students she had met who knew of the racial iconography in the Calhoun building – that they had come to expect in going to a place such as Yale. Later describing the process that the appointed commission went through to rename the college, Moore detailed the conditions that need to be considered: the namesake’s ideas and actions, the University’s principles, the building itself and its role in community life.

This was compelling and empathetic read, and forms the basis of my conclusion: if the university decides to rename buildings again for Black History Month, it would surely be advised to do so on the following conditions. Firstly, it should consider those details: the space itself, the namesake and its alignment with the university’s principles. Secondly, and in the context of the first condition, it should be a participatory process. In the University of Leeds’ core values, under ‘Equality and inclusion’, the

University pledges to provide an ‘inclusive environment where everyone feels included and involved’. If this is true, then the process of renaming should be voted upon, as involvement is imperative to inclusion; we must take responsibility for this seasonal change in order to sow long-lasting change. Finally, this should be done contemporaneously with efforts to raise awareness of the BAME inequalities on campus, thinking in other ways how the campus could encourage inclusion through systemic change. If acted upon in the correct way, seasonal renaming could be one part of a larger, long-term movement towards tackling of racial discrimination at the University.