With rising cases of COVID in England, particularly in the North, the government has taken the decision to introduce a new three-tiered lockdown system. But what will be the impact on the health and wealth of the areas affected? Will northern voters, who put their trust in the Conservative Party in 2019, feel betrayed? And, ultimately, is this the correct course of action for the country?

The argument put forward by the government for their specific new lockdown measures, and by those in favour of lockdowns as a means of decreasing the spread of COVID in general, is one of preventative action. They state that there is no other option than to shut down the areas of the country most affected, with the aim of slowing down transmission in the community.

Yet the government has been criticised for failing to support their arguments with suitable scientific evidence. There is very little data to suggest that the curfew has had any effect, and the number of cases traced back to restaurants, bars and gyms is small. There are also serious concerns about how these measures are temporary fixtures, with hopes ultimately being placed in a vaccine. Now, after the World Health Organisation criticised the impact of lockdowns, perhaps it is time to drop the measures altogether.

The parts of England with the highest number of cases are largely based in the North, and as a result these areas have suffered disproportionately under the new regulations. The restrictions on businesses – including the hospitality, retail, and leisure sectors – may serve to inflict irreparable damage on the local economies affected. In particular, one of the most controversial characteristics of the new regulations is the lack of financial support offered to areas under lockdown; without suitable financial packages for northern businesses, the economic effects will be even more serious than they already promise to be. 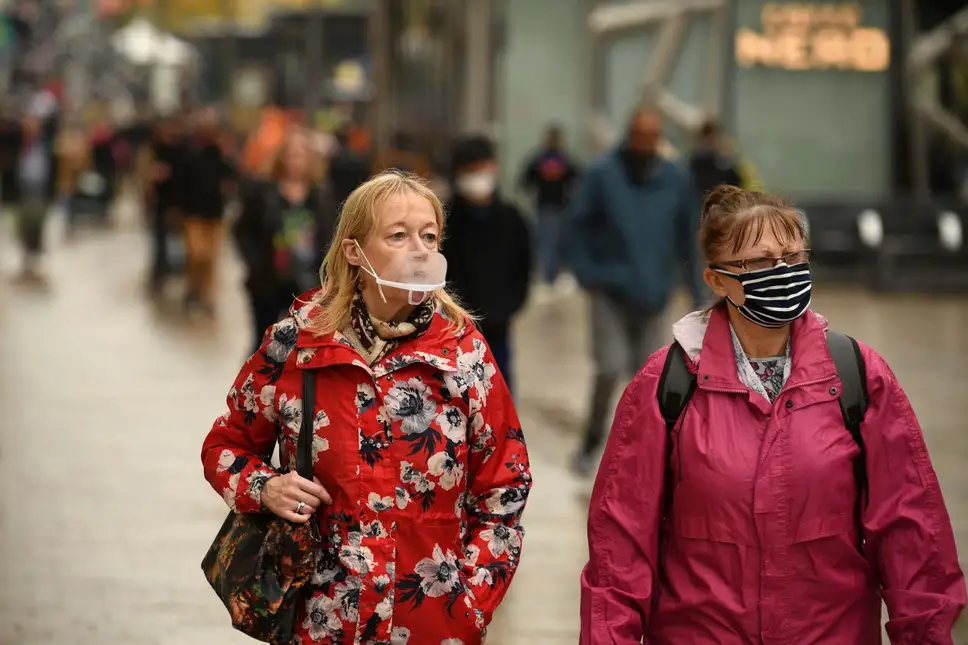 The government’s former homelessness advisor has stated that the country will face a “period of destitution” in which families “can’t put shoes on” children. This does not have to be inevitable if action is taken now to prevent it. The existence of the North-South divide in England is a tale as old as time, and by crippling the growth of the North in this way the government appears to have added to the split.

Another key issue is that of non-COVID-related health concerns. The pandemic is believed to have contributed to thousands of deaths from cancer, strokes and heart attacks, as people stay away from hospital, and hospital appointments are cancelled. The implications of being locked down on mental health are also severe. The government has created the perfect conditions for a mental health epidemic: swathes of the country shut off from others, rocketing unemployment rates, and no promise of relief or an end in sight. Once again, it is the North that will suffer the most.

Ultimately, the three-tier system is proving to be practically problematic. Splitting the country geographically based on cases is difficult to manage and it also highlights that there is a direct correlation between the wealth of an area and its number of cases – in general, poorer areas are more likely to have more cases, meaning they are disproportionately affected by the tier system. Hitting the poorest hardest, combined with the failure to provide adequate support, has exacerbated discontent.

Although London has now been added to the list of Tier 2 areas, the response to the announcement further illuminated the division between the North and the South. As soon as London joined the list, the BBC wasted no time in reassuring Londoners and providing information as to what they could and couldn’t do under the new regulations. This, in stark contrast to the preceding month, when columnists and presenters in the mainstream media seemed blissfully unaware of how privileged they were in meeting up with friends and carrying on a relatively normal life.

If this is allowed to continue, the political landscape of England may soon look very different; speaking in December 2019 after his decisive victory in the General Election, Boris Johnson promised to value those voters who had delivered him power in seats where previously a Conservative win had been regarded as impossible. He recognised how “difficult” it must have been for these constituents to cast their votes in favour of the Conservatives, and added that “everything that I do as your prime minister will be devoted to repaying that trust”.

Do the new lockdown introductions truly reflect this promise?

The most recent poll surveying voting intentions in England puts the Labour Party neck-and-neck with the Conservatives. In order to win back voters lost in 2019, the Labour Party needs to capitalise on this anti-government feeling, and to promote the message of ‘the same old Tories’ who only care about London and the South. If this is achieved, ‘Red Wall’ voters who put the government in power to end the lack of clarity around Brexit, and now see the chaos surrounding their handling COVID, will have little reason not to return to their traditional ways of voting.

It is now demonstrably clear that the virus is not having the same virulent impact it had in Phase 1, and that we cannot wait for a vaccine to allow us to resume our lives. When taking into consideration the economic impact of these new regulations on the North of England, and therefore on the country as a whole, as well as the devastating consequences on physical and mental health, there seems to be strong countervailing pressure against these lockdown measures.

With the threat of a movement en masse away from the Conservative Party and towards Keir Starmer and the Labour Party the next time the country goes to the polls, many are seeking to remind Boris Johnson of his promises to the North.