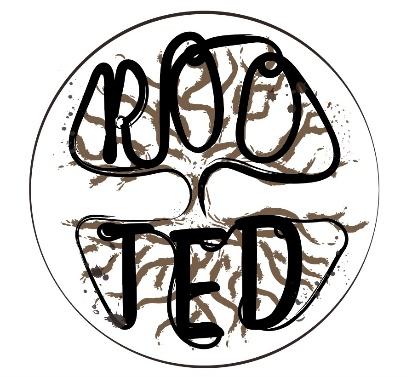 Those who pursue the ‘Outdoors’ have no doubt formed a distinctive community; one that is atypical and informs a specific aesthetic identity. This identity has on the one hand been instrumental in forging environmental stewardship, and on the other, fostered resilience in youths and young adults. Often the physicality and challenge of enduring ‘wild’ landscapes outside can be a means of managing the ongoing battle with mental health so many of us face when we look inwards. Yet, there is an emergent perception that this ‘community’ and ‘identity’ has, and continues to be, an exclusive one. Given that only ‘2% of the 100 million visitors to the UK’s 50 different National Parks every year are black and brown folk’ (Richard Leafe, Chief Executive of the Lake District National Parks Authority, England’s Biggest and busiest National Park), there is now a growing feeling that the pursuit of authentic adventure in the ‘Outdoors’ has become an anachronistic cliché which lacks diversity and inclusivity. The opening page of the National Park website reads: ‘We can all be more outside. More healthy, more creative, more in touch with the natural world and each other. Our connection to nature is part of being human’. Statistically, though, black and brown people still remain on the periphery of the therapeutic dimensions of an adventure, despite living on the doorstep of the National Parks themselves. To ‘be more outside’, then, is perhaps not merely a question of participation or choice, and requires a more socio-political inquest. If ‘our connection to nature is part of being human’, then the terrain of our National Parks may need to be levelled for all. 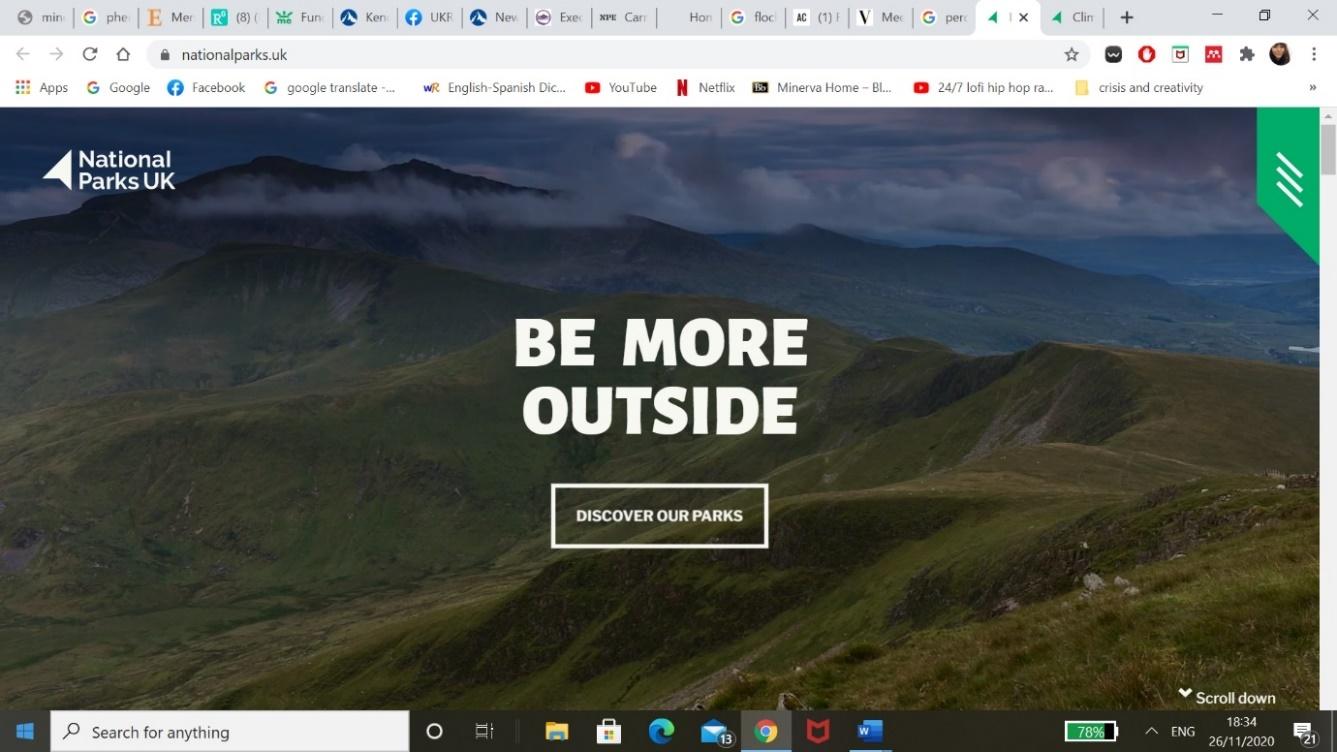 This week #ROOTED virtually attended an exclusive roundtable debate filmed in Adidas’ store in east London. Chaired by acclaimed Nigerian British Channel 4 journalist and anchor, Keme Nzerem, the debate was one of many interrogative discussions that are being held online as part of Kendal Mountain Festival’s 2020 Virtual Tour. The event saw a myriad of critical voices from Carmen McIlveen (founder of Project 1 aiming to promote diversity in indoor climbing), Jaimus Tailor (member of ‘FlockTogether’-  a pioneering BAME birdwatching group), Phil Young (activist, writer, broadcaster and founder of the Outsiders Project), Richard Leafe (CE of the Lake District National Park) and Vicky Gosling (Chief Executive of GB Snowsport). Participants were engaging with ‘the experiences of black and brown folk in outdoor pursuits and adventure sport’ to identify what barriers have socio-historically limited – and continue to limit- participation. In doing so, they aimed to envision what might ‘make it easier for people of all colour to discover and enjoy the outdoors.’

Demographically, the urban spaces that surround National Parks are home to the largest BAME communities in the UK. The Peak District National Park, for example, is bordered by Oldham to the North West, with a higher proportion (22.5%) of non-white residents than Greater Manchester (16.3%) and England (14.3%) , whilst in the foothills of the Pennines lies Sheffield’s Black Caribbean population which is one of the largest in England (9,100). The city is also home to the second largest Somali community in the United Kingdom. If it is not a matter of distance or travel which has led the UK’s National Parks to transition into what are increasingly seen as inaccessible, pocketed spheres of white elitism – recently coined by The Sun newspaper as the ‘Flake Districts’ – what is it that still limits participation in these spaces?

Vicky Gosling’s suggestion that inclusivity can be fostered, top-down, through creating initiatives and opportunities for those who may be financially barred from accessing these spaces or traditional mountain

sports, was met with an indignant objection from all participants in the debate. Carmen condemned the narrative which we see time and time again, in which sporting governing bodies will offer inclusion for younger generations, only to talent pipeline children through medal-driven participation, which ultimately burns both the athlete and the idea of inclusivity, out. Phil Young strongly argued that the lack of BAME visitation to National Parks and ‘wild’ spaces is not simply a case of socio-economic inequality. To blame inequitable access to National Parks on spatial and financial grounds would be a cop out. Phil reminded us that there are numerous Black and Brown families, financially and economically sound, who have never set foot in the ‘Outdoors’. Phil drew attention to an overlooked but material reality, which is that the ‘whiteness’ of the ‘Outdoors’ is more deeply socio-historically embedded than this – that is- in the legacies of Colonialism.

Britain’s railway exists as a legacy of slavery; they were reliant on  the capital from slave traders and beneficiaries long after the partial abolition of slavery, and it was this rise in transport technology and resulting extension of railway lines which enabled the first explorative aristocrats to leave urban spaces at the weekend in pursuit of the ‘wild’. ‘Mountain sport’, therefore, ‘is curated on the back of Imperialism’ stated Phil, who’s Outsiders Project  looks to address the disparities that exist between minority communities and outdoors culture; ‘We need to understand that the whole system has come from a certain place […] no wonder black and brown people don’t feel comfortable there […] how many other countries and cultures go to the top of mountains and stick flags in them?’. Phil implored those who pursue the ‘Outdoors’ to stop fetishizing suffering- to stop this ‘suffer-fest’. New narratives need to be struck up which eliminate the incessant need to be ‘the first up and the first down…and to lose a finger or two from frost bite in the process’. He reminds us that ‘it is a privilege to suffer’. The ‘Outdoors’, if it is to be more accessible, more inclusive, more attractive to a divergent and diverse demographic, needs to promote an experience that is not about endurance. It would be a deeply problematic and disturbing oversight to expect Black and Brown people to want to suffer out of choice. Phil believed that, moving forward, it is ‘the enjoyment factor’ that needs to be sold.

The demographic of those who are experiencing the ‘enjoyment factor’ of the outdoors is diversifying. Richard’s experience this summer as Chief Exec of the Lake District National Park revealed that lockdown had changed the dial on visitor behaviour, from Asian communities in particular. Perhaps one of the few positives to have arisen from this pandemic is that COVID-19 has radically shifted the demographic of park users beyond recognition; ‘visitors to National Parks now look and feel like a normal, diverse urban population that has been picked up and dropped in the middle of the Lake District’ stated Robert. The ‘old’ romanticised ideals of outdoor leisure are therefore becoming reconstructed through the demands of a changing and diversifying consumer market. Richard gave the example of Asian families arriving at 5pm over lockdown once everything had closed. ‘The outdoors doesn’t have a closing time’ says Richard, and in response, for the first time in 13 years, the Lake District Authorities have now shifted the opening times of boat trips, shops and cafes to account for newly timed visitors. Richard offered one possible solution for the counter-focalisation of white executive boards in the process of diversification, which could be to encourage the partnership with and participation of those who have already successfully organised and promoted BAME collectivism and participation in the ‘Outdoors’, such as the increasingly popular London-based initiatives ‘Black Girl Hike’, ‘Flock Together’ and ‘Black Trail Runners’. Carmen Mcllveen reminds us, however, that simply sharing and using the ideas of black and brown people, as opposed to creating structural change in which black people can actively participate from a position of leadership within the institution, would be to exploit the ideas and work of black people whilst simultaneously perpetuating negative representation. Richard confirmed that the electoral system, in which members of the boards are elected from local, predominantly white councils, still proves to be an inherent barrier when it comes to broadening the demographic of those in a position of leadership for National Parks. Something which needs to change.

Given that a percentage of every British citizen’s taxes go towards the National Parks, these spaces fundamentally belong to everyone. There is now a new and increasing pressure being placed on the National Park governing bodies to reimagine a future for these parks in which BAME visitors are not merely accommodated but guided, welcomed and supported. It is easy to think creatively about how to open the parks, literally and figuratively, to new people. Parks are huge and so is the scope to accommodate new people.