“They already stole our country and now they’ve claimed our words”: The Life of a Kurd in Turkey

Imagine if you woke up one day to find that the world had decided that England was no longer a country – no, it’s now North France. From now on, you live under French law and abide by French culture, including speaking only in French. This predicament is not dissimilar to the one faced by millions of Kurds today, considered to be ‘the largest ethnic group without a state’. Kurdistan ceased to legally be a country following the collapse of the Ottoman Empire at the close of World War One, instead being divided into eastern Turkey, northern Iraq, western Iran and northern Syria. We interviewed Hüseyin Bahur, an aspiring model and photographer about his experiences as a Kurd living in Turkey.

Can you describe the situation in Turkey to me?

Right now, the situation is really bad, especially the economy. Things between Turks and Kurds have always been the same – they will say that ‘We are brothers’ (a popular catch phrase of the Turkish president), but this never happens in person. When someone says ‘I am Kurdish, I want to speak my language’, they call this person a terrorist. We can’t speak our language in schools – you can’t learn it or teach it. They want Kurdish people to lose their own language and their own culture, and make them become Turkish. They always try to make our culture into their culture. They call it Turkish coffee when it came from Kurdistan and they translate songs from Kurdish into Turkish without giving any credit. They already stole our country and now they’ve claimed some of our words in our language as their own. Some Turkish people harass us a lot. We really don’t know what will happen to us in the future – will we still speak our language or know who we are?

Do you feel like Kurdish traditions are still being maintained and will be maintained in the future?

No. I feel like one day, we will lose our culture. Our country, Kurdistan, has been split into four parts, so we have to adapt and assimilate to other cultures. Some Kurds embrace this, to the point where they don’t even know how to speak their own language anymore. Lots of people in my family left our village in Mardin and went to city centres. Some of these members of my family became ‘Turkish’ –they only speak in Turkish and they have no Kurdish friends. When they visit the village, they try to speak to us in Turkish, and it seems so crazy to me: I’m Kurdish, they’re Kurdish, everyone in the village is Kurdish – why are you speaking to me in Turkish? In the Turkish city centres, especially in schools, it’s safer to speak in Turkish, but in our own village, it’s perfectly fine. It makes me sad that some people in my family have lost their Kurdish language.

Do you feel safe in Turkey as a Kurd?

I’m not really scared of anyone, but that doesn’t mean that I am safe. When I’m in my city, or in other cities, I don’t feel safe. I always feel like something will happen to me. I don’t feel safe, but it doesn’t bother me too much, because I know I’m not alone. There are lots of Kurdish people, and it happens to us all. I know that if there was public unrest between Kurds and Turks or if I say something about Kurdish rights, some people will be absolutely racist to me, and I will not be safe. 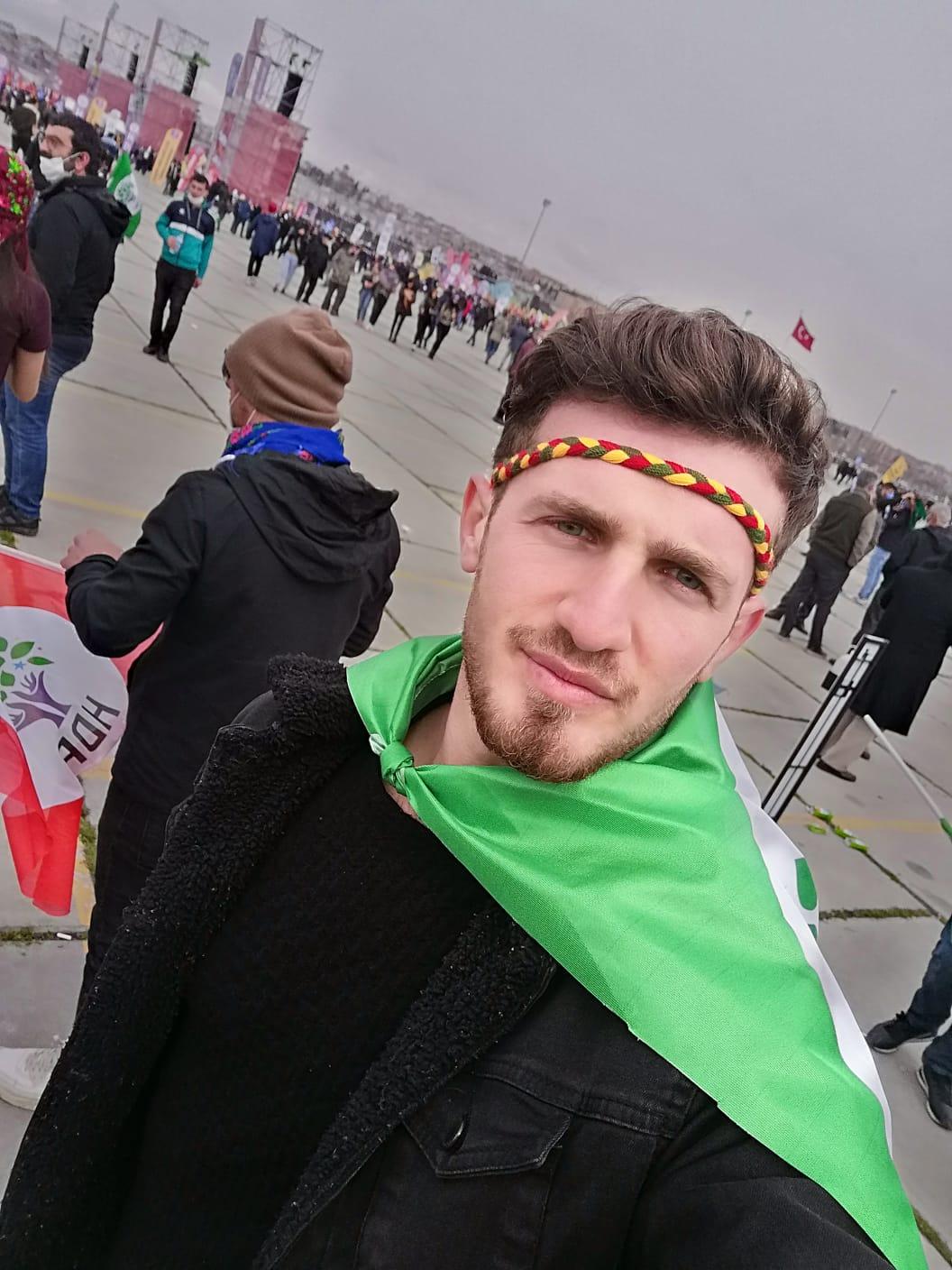 Have you ever witnessed any discrimination or hate crimes towards Kurds?

Last year, there were Kurdish workers were working in a Turkish city called Sakarya. This city is known for its racism against Kurds. These workers were collecting nuts, and suddenly some Turkish people started harassing them. The Kurdish workers refused to work anymore and the situation escalated to violence. The worst part is, many of these Kurdish workers were women. Luckily, no one was killed, but they were hurt pretty badly. The situation was shared on social media, and I heard about it from my brother, who was working in this city at the time. And recently in Izmir, a member of the Kurdish political party was killed in an attack on the building – her name was Denise Poyraz.

Does being Kurdish affect job prospects in Turkey?

Yes. My parents own land and we grow vegetables there. If we sent my parents’ food to big cities, we would earn more money, but the government doesn’t let Kurdish farmers sell in Turkish cities. Instead, we can only sell to our people in our cities, which aren’t big enough and are full of other farmers. There are less farmers in Turkish cities, which makes everything there so expensive. But they don’t want us to earn more money, which is why our cities are no longer as beautiful and they don’t do anything to help our cities, like education or maintenance.

Has being Kurdish ever affected your career?

Of course. When I was younger, I was an athlete and I competed a lot – I had a good record, I could run 100 metres in 10 or 11 seconds and I was really good. But I couldn’t get any scholarships or sponsorships because I’m Kurdish; they don’t want us to be anything. I was told I could improve my chances by becoming a member of President Erdoğan political party – the same party that attacked and killed my people in 2016. Then I hurt my leg, so I can’t compete anymore. Instead, I work in construction and I make £2.50 an hour.

Do you think Kurdish cities are underfunded compared to Turkish cities?

Absolutely, they get less money. They don’t call them Kurdish cities, they just say ‘Kurds live here, these cities are Turkish’. The government doesn’t give Kurdish majority cities as much as Turkish majority cities – we get less money for maintenance and infrastructure. I don’t live or work in my city, because there isn’t any work – we have less opportunities here and we can’t improve ourselves. And this isn’t by chance: the government wants Kurds to move to Turkish cities and lose their culture.

Can you describe the situation in 2016?

The worst year – the war year. It was just war. I was still going to school at that time, but we couldn’t really go to school, we had to stay at home the whole time. The government in Turkey brought a big war to Mardin, our city and we were always hearing the sound of bombing and gunshots. They broke our homes and our cities – it was a big game for them. They planned a big game, they just wanted to kill our people. We really don’t know the number of people who died, but it was so many – maybe more than 1,000. I knew lots of them. Their plan was to destroy our city to make it a new city for themselves. They wanted to destroy our history, because our city is so old and to kill our culture and our people. They said that they were fighting a war with terrorism. They killed our people, but they said that they were killing terrorists. We were the ‘terrorists’.

How did that make you feel? How has it affected you?

Right now, whenever there is shooting or bombing, we just think it’s normal. But we still feel really weird and really scared – we feel like we will die. They will kill us. We were in our village, but we heard the sound of shooting and saw everything burning. We had lots and lots of bad dreams, I’m 100% sure that lots of people are like me and are still affected. Whenever something happens, we remember it. We can’t forget these things – we know what has happened to us and we know what they will do, we really know. Even five years later, I still see it in my dreams, I had a dream about it last week.

In my dream, the soldiers set fire to our land again. All the animals were burnt alive or drowned in the smoke.  I saw a Turkish helicopter dropping bombs, and everything was burning – I was crying a lot. While my people were trying to save the lives of the animals, the soldiers came and set our forest on fire. The falcon I rescued as a baby was shot down by the helicopter, and then the helicopter crashed and exploded. I said: ‘You can kill Kurds but you will never kill Kurdistan – Her biji Kurdistan’ (long live Kurdistan). I cried a lot in my dream; when I woke up, I was so sweaty.

Do you feel that the Turkish government tries to silence Kurds?

Sometimes, the government turns the network off in Kurdish regions so we can’t post on social media and tell people what is happening to us. This has happened many, many times and is still happening. In Iran, they kill us. In Iraq, they kill us; in Syria, they kill us and Turkey is trying to kill us too. All of them try to kill us. That’s why they restrict our network connection, because they don’t want us to post these kinds of things. They know we are filming them, we are taking pictures of them, and we are posting and reposting for the whole world to see. When this happens, they only let us have 4 or 5 hours of network connection a day. It happens all the time, but we can use VPNs to get around it. 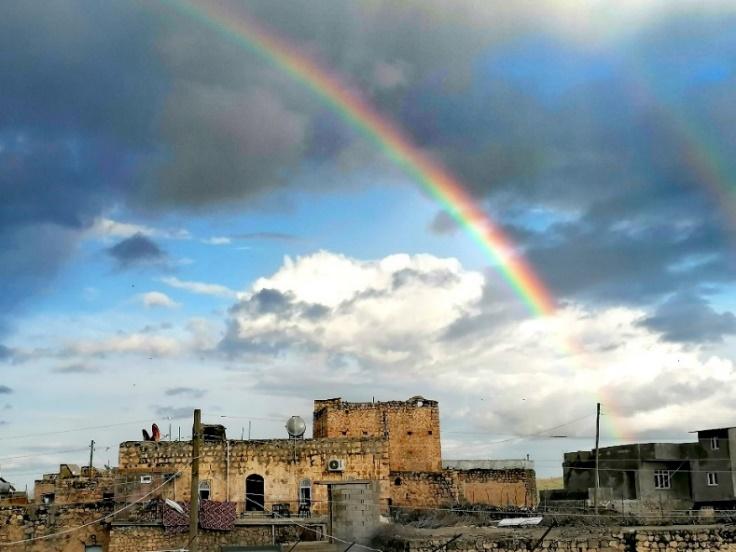 How do you feel about being Kurdish? What does being Kurdish mean to you? I’m really proud to be Kurdish – I love being Kurdish and I love everything about our culture. Because I speak fluent Turkish and I look European (the original Kurds had light hair and light eyes), I could lie about where I’m from and no one would know. But I always say that I’m Kurdish and I’m from Mardin – this is my city and I will speak my language. If you are a Kurd, I will speak with you in Kurdish and if you are not, I will speak to you in your language: I respect you, you must respect me – but they don’t respect us. I love the kindness and hospitality of Kurdish people. If you are in a Kurdish city, they will give you food and they will do everything to make you comfortable until you leave. Even after all we’ve been through and despite how other have treated us. I feel like we will always be like this, and we will never lose this.