Following their collaboration on Open Theatre’s production of The Superstore last semester, Alice Hautvast and Mia Franey make the natural progression from futuristic farce to Freudian psychodrama as the co-directors of Tennessee Williams’ 1957 play Suddenly Last Summer. Leeds University Union Theatre Group’s third show of the second semester is currently being performed at Pyramid Theatre and debuted Thursday night in front of a large, expectant audience.

Summer, 1936: The ageing and histrionic Mrs. Violet Venable (Andie Curno) summons experimental psychiatrist Dr. Cukrowicz (Harry Batty) to her home in the Garden District of New Orleans where they await her institutionalised niece Catharine Holly (Daisy Kakkar), driven to madness by her posthumous memories of her cousin Sebastian Venable, Violet’s son. To protect the family’s honour, Mrs. Venable attempts to bribe the doctor into lobotomising Catharine to wipe her brain of a damning tale of a holiday with Sebastian in Cabeza de Lobo. 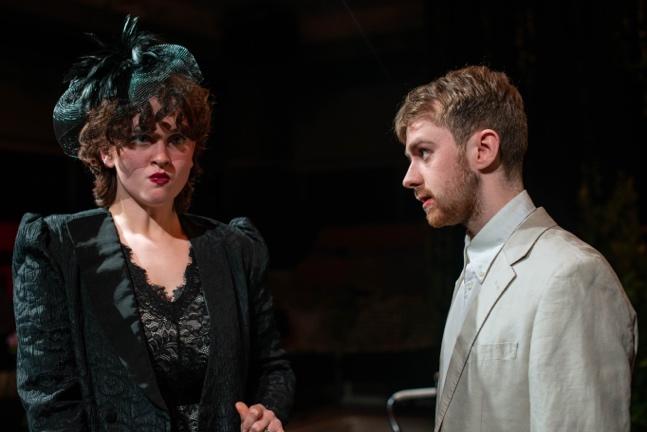 From left to right: Andie Curno as Mrs. Venable and Harry Batty as Dr. Cukrowicz

Before the play begins, hanging vines, potted green plants and an atmospheric jungle soundscape surround the space to form Sebastian’s verdant garden. Centre stage sit two white rattan chairs either side of a garden coffee table and, upstage, a vintage wheelchair looms, an uncomfortable reminder of Mrs. Venable’s inexorable dilapidation. The humidity of the students’ union’s basement can be forgiven if it is taken as an emulation of the muggy Southern American climate typical of Williams’ plays, creating the perfect conditions of excess to heighten the already hysterical state of his female leads.

The ensemble is notable for their precise characterisation of their roles. Curno is adept at embodying the domineering Southern matriarch, speaking with an imposing cadence. To appear elderly, they slightly tremble their arms and legs, but ensure they do not become a distracting caricature of old age. When Mrs. Venable attempts to sweet talk Dr. Cukrowicz (whom she informally calls Dr. Sugar) to get what she wants, Curno switches with ease to a disingenuous purr to convey her calculated wickedness.

Batty’s charming and polite portrayal of the doctor makes his character a reassuring presence for the audience, ever the stoic in moments of uncertainty and panic. We trust his pure intentions in his efforts to empathise with Catharine. Kakkar embodies Catharine with an air of desolate glamour and has a particular skill for generating tears without letting them spill over while relaying an upsetting memory. She accurately portrays Catharine’s fraught mental state without mimicking Elizabeth Taylor’s dreadful overacting in the Joseph L. Mankiewicz film adaptation.

George (Sam Rushton) and Mrs. Holly (Molly Thirwall) come as a pair offering comic relief as Catharine’s tasteless relatives. They desperately want to keep Catharine from repeating the defamatory story about Sebastian so they can receive his inheritance from Violet. Rushton plays George with an adolescent hubris which comes crashing down when Mrs. Venable jabs him in the stomach with her cane after he tries to move her wheelchair against her will. Thirwall portrays the frantic Mrs. Holly, desperately but ineffectively chastising her son for anything he says or does with a shrill “GAWGE!” in her riotous, provincial Southern accent. 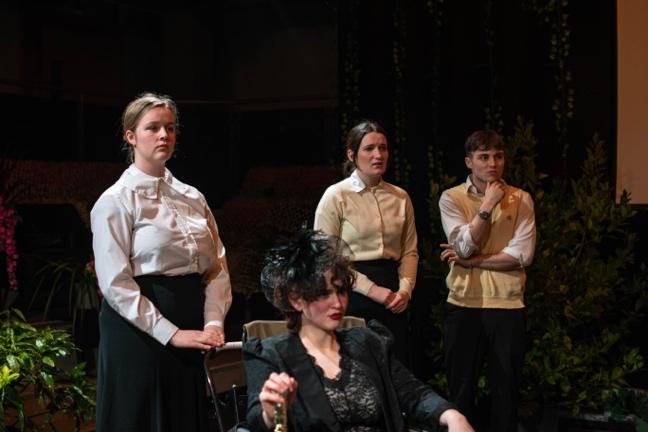 Miss Foxhill (Kate Matthews, who is also the production’s assistant director) plays a minor role as Mrs. Venable’s loyal maid, but her sheepish demeanour highlights the contrast between her and her tyrannical employer. The stubborn Sister Felicity (Hannah Whiteway), dressed in her clinical white habit, is Catharine’s chaperone from St. Mary’s Hospital. Given her lack of lines, Whiteway’s mastery of the Southern accent makes the character exceptionally memorable.

Although the use of technology is ambitious and well thought out, some unfortunate technical mishaps on opening night proved distracting such as accidentally playing a test audio file during one of Catharine’s lines, however this was swiftly and astutely remedied by Kakkar who heightened her performance to mask the error. Other than that, the special effects are employed with slickness and sophistication, and the lighting techniques are subtle but serve to effectively build tension and create a focal point on certain characters. 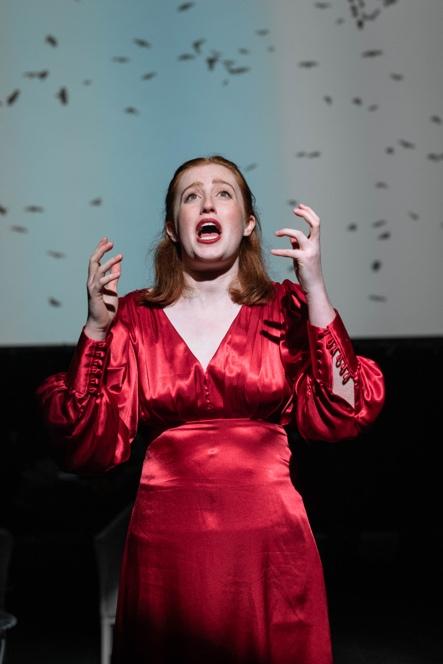 Written while Williams was in therapy, Suddenly Last Summer is an extremely personal exploration of family relations of Oedipal proportions, the devouring mother, the fear of ageing, and latent human desire. I almost want to undergo Dr. Cukrowicz’s experimental surgery myself so I can watch the production for the first time again. 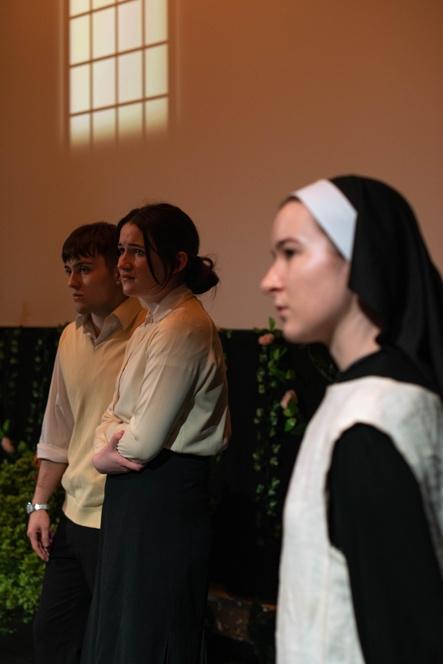 From left to right: Sam Rushton as George Holly, Molly Thirwall as Mrs. Holly and Hannah Whiteway as Sister Felicity

Tags: arts in the middle review